Trampolining is not only a fun recreational activity, but it is also a competitive sport that is showcased in the Olympics. 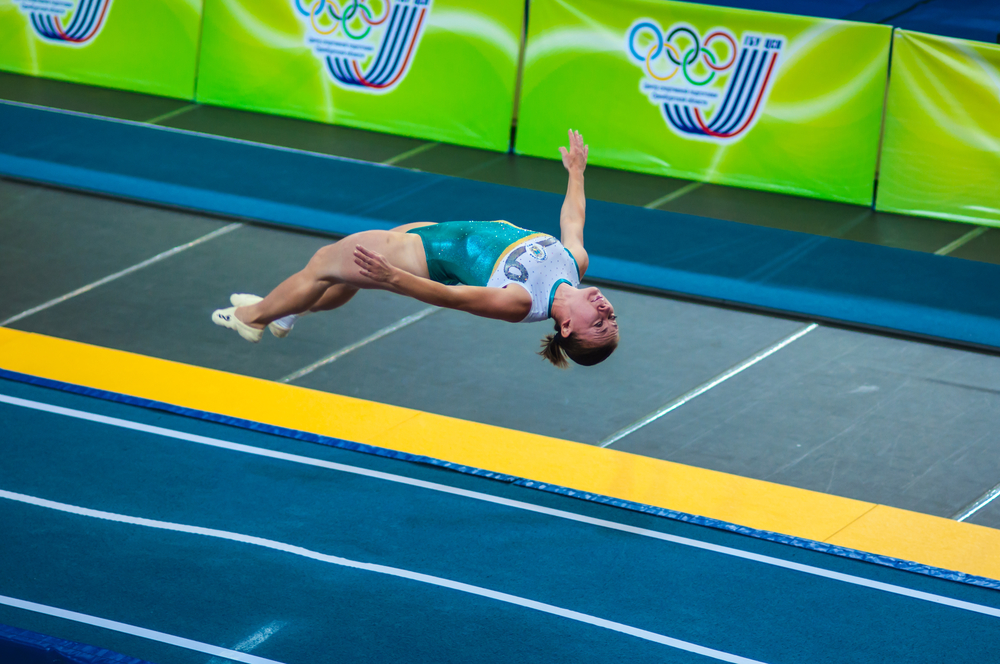 Athletes around the world train intensively for trampolining competitions, which are highly competitive and very entertaining to watch. Trampoline routines must include specific skills, which are very difficult and require years of practice to master:

Barani: This is a front somersault with a half twist. It is also sometimes referred to as a front-half. It can be done in a piked (legs straight with arms reaching towards them), tucked (legs to chest), or straight position.

Cody: This trick can be done forwards or backwards. In a back Cody, the athlete starts in a front drop position, where they are horizontal on the trampoline, pushing with their arms and feet, and then execute a 1 ¼ somersault that lands on the feet. In a front Cody, the athlete also starts in a front drop position, but instead does a ¾ somersault in a forward direction, landing on the feet.

Quadriffus: This is defined as a quadruple somersault in any position that has at least half of a twist. Athletes can add more twisting for additional difficulty. Double and triple versions of this move, which are less difficult, are referred to as a ‘fliffus’ or ‘triffus’.

Look out for these tricks at the Olympics – you will definitely be impressed.

"Thank you for the trampoline mat - it fits like a dream and the kids love it."

"My kids are off the telly and outside EVERY afternoon...loving it! Great service."

"Thanks for the prompt delivery. It's perfect. Wonderful service."